History of WOA of Section 5 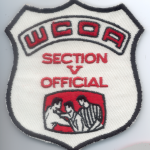 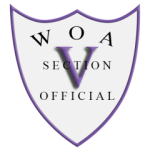 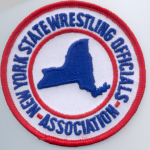 As the long time Secretary of the Wrestling Officials of Section 5, I was asked many years ago about the history of our organization and it was suggested that I document that history.   I have been inspired by the great archives on www.armdrag.com and have finally put together as much of our association’s history as I could from our written records.

Those involved in Section 5 high school wrestling today are proud of the accomplishments of our wrestlers at the local, state and even national levels.  Few are aware of the early history of high school wrestling, especially wrestling officiating, in our area. As the old timers pass, a lot of information will leave with them.  Few of the people who are now responsible for keeping Section 5 wrestling in the forefront know about the early developments that paved the way. That is why I think it is important to share the information I found after looking at old records of the Wrestling Coaches and Officials Association of Section Five.

In the early days of high school wrestling in Section 5, the sport was not formally organized as it is today.  Although a number of schools throughout the area had teams, the City of Rochester Interscholastic League with 9 teams was the best organized. As the sport developed, Sectional champions were crowned at the annual Winter Sports Carnival.  A number of men took leadership in the development of our fast growing sport and organized the Wrestling Coaches and Officials Association of Section Five for that purpose. This organization was responsible for taking initiative and leading Section 5 to take the steps that paved the way to greatness for Section 5 wrestling. They established the groundwork for the organization of Sectional tournaments and the development of an officials’ organization.  The following information has been taken from the minutes and other records of that organization. A number of outstanding people made valuable contributions to the early development of high  school wrestling in Section 5 over the past 50 years and we owe a debt of gratitude to those who took the initial steps in getting this organized and who paved the way for what we have today. Using this information along with the outstanding archives available on www.armdrag.com provides us with the history of our sport in Section 5.

I want to emphasize that this is not a history of all high school wrestling in Section 5, but rather a history of the Wrestling Coaches and Officials Association of Section 5 and its successor the Wrestling Officials Association of Section 5.  Both organizations had a great impact of the development of high school wrestling, especially on officiating in our area and members have had an impact on the state and national levels as well.  Wrestling started in the Section 5 schools long before these associations were organized and that history is best found on www.armdrag.com.

Association records have been kept in organized folders and notebooks.  The following is a summary of the highlights of what the officials association did as well as the names of those members who were most involved. These were taken from meeting minutes and other association records.  In cases where an official was involved in an ethics violation or non payment of dues, the official’s name was not listed but it is listed in the official association records. There would be no merit in listing those names in this narrative.  The officers, committee chairmen and names of people who were presented awards by the WCOA or WOA are listed.  In the beginning, high schools followed NCAA rules with a few modifications for high schools.  The National Federation started to publish separate high school rules in the 1970’s.  Most of the major rule changes are listed so that one can see ways that the sport has changed over the years.  The names of members and even probationary officials who completed the association training program are listed as well.

Other parts of this website will have lists of our association’s officers, NYSWOA officers, WOA officials who refereed or evaluated at the State Tournament and winners of the Bernabi Award, Coach of the Year Award, Ordiway Memorial Award, Sportsmanship Awards to Section 5 wrestling programs, a listing of Special Awards given to WOA members from outside the association and photos of events.